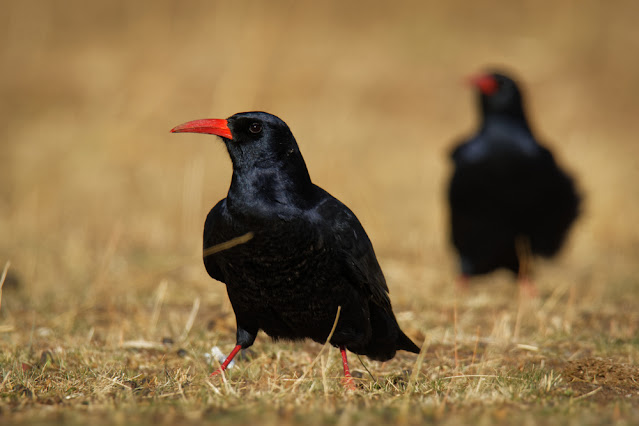 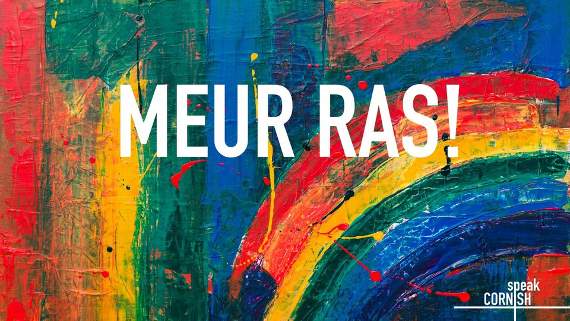 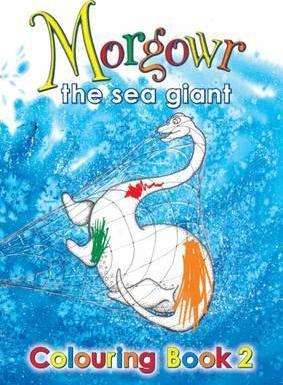 Speak Cornish! We'd like to hear lots of people chattering in Cornish. Can you say a few words or can you speak fluently? I like to converse in Cornish every time I have an excuse. Start today, for "Speak Cornish Week" has started. https://www.speakcornish.com There will be opportunities for walking and talking, perhaps you could see a chough at the same time. You could listen to a children's story in the evening, and more. Do you have a reason to be grateful? You can say "thank you", perhaps with Tiktok.

clowes to hear (also other senses) 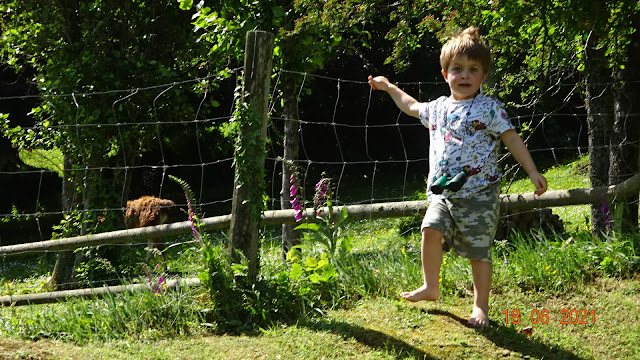 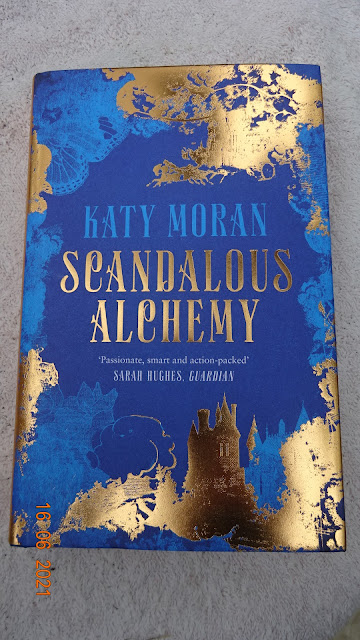 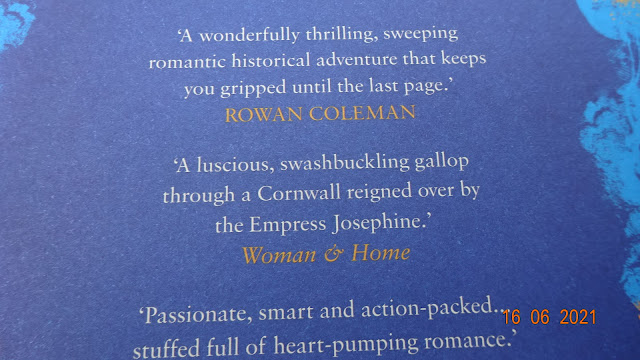 Cornwall is inspirational. For some of the population, it is the people themselves, the history, the life of the people and wildlife that provide the inspiration. For some others it is sport or scenery. Can you earn your living with inspiration? I received a book yesterday. The authoress was inspired to write a historical novel, but it is fantasy, a history that never happened - England and Cornwall (with Cornish speakers) ruled by the Empress Josephine. I haven't enough time to write - I have to read! And there is family too. The little boy wanted to look at the birds with binoculars, but he only saw a llama.

rowlya war to rule over 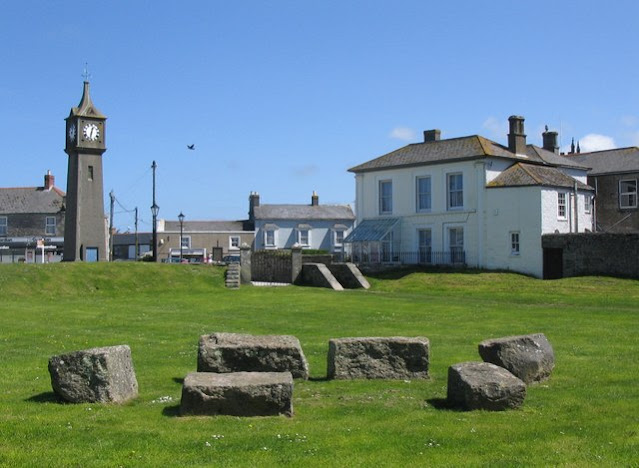 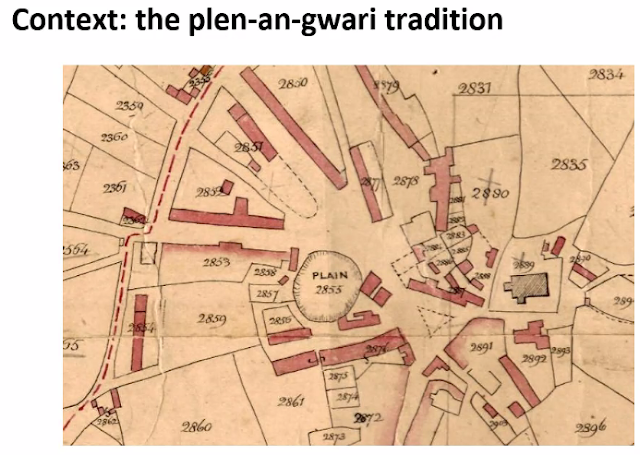 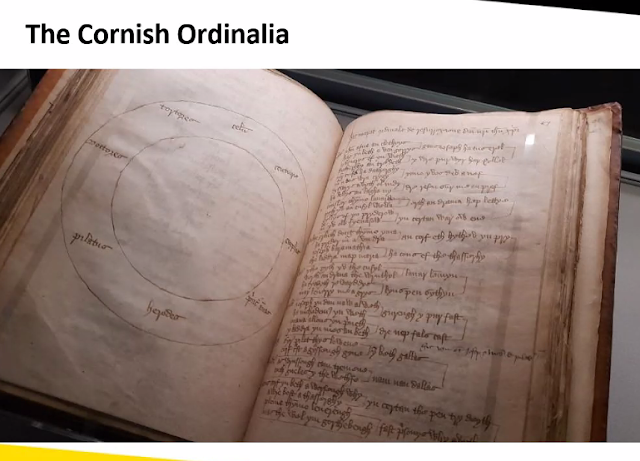 Soon, we can see some manuscripts at the Cornwall Centre. They are plays; historic miracle plays, with Bible stories and the lives of saints. There were performances in many places in Cornwall in the olden days, in playing places. There is still a playing place of this kind in St Just. There will be plays there again this year. An old tithes map shows that it is still in the same place, but smaller now. There is enough space for a crowd of onlookers in the middle. There are diagrams to demonstrate positions of the actors around the edge, on banks. The instructions are in mediaeval Latin. Perhaps you can read "celu" for heaven. There's hell too, and devils and devices! Each play had its own characters (I can see Seth) and its stage instructions. 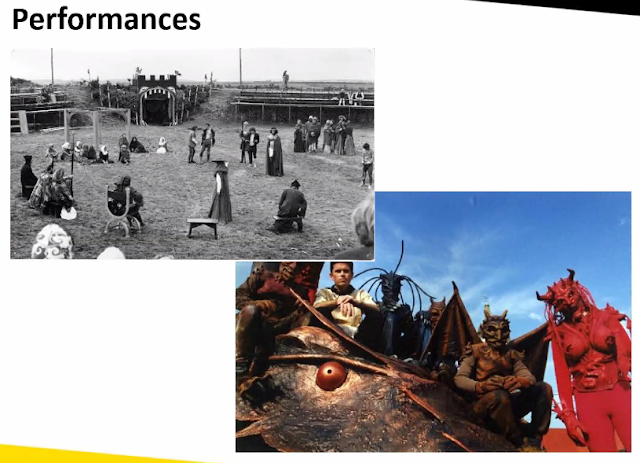 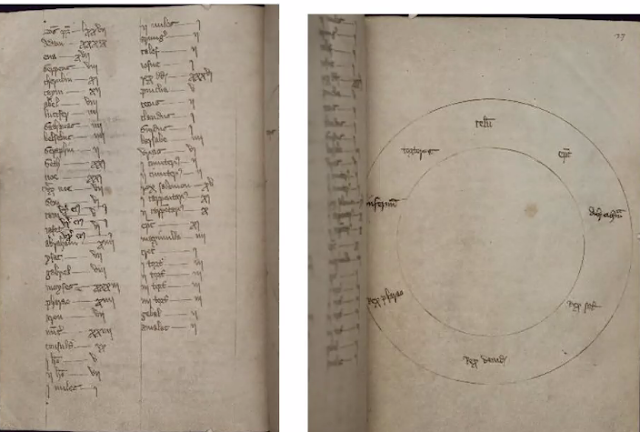 Sometimes there are not enough hours in the day, and today it was one of those days! So, there are not ten words for today. The hour is late now and I am tired. I shall write more tomorrow. Goodnight! 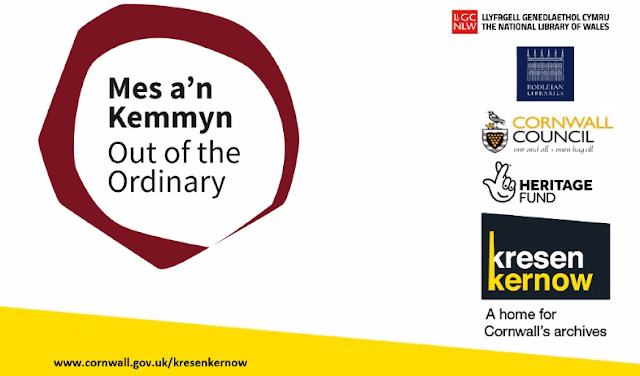 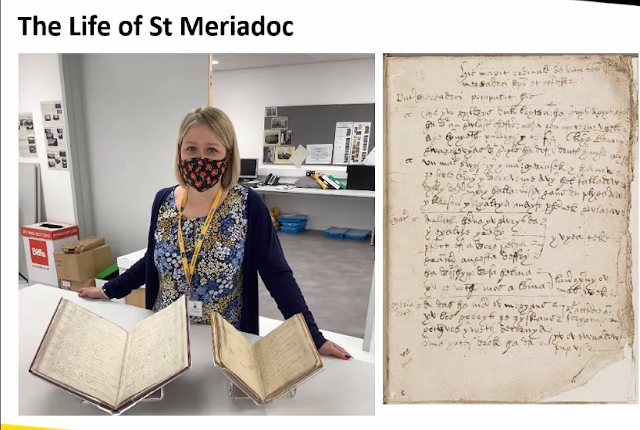 Today, I listened to a talk on Zoom by Chloe in the Cornwall Centre. This is our brand-new archive and cultural venue. There is accommodation for books, manuscripts, maps, papers, etc., more than a million) in an ideal atmosphere (high technology). There is a secure place for treasures.  - important for national and international loans. For the moment there is an exhibition of several plays, written in Cornwall in the Middle Ages, perhaps in Glasney, but kept now in libraries in Oxford and Wales. They are together under one roof for the first time in history. 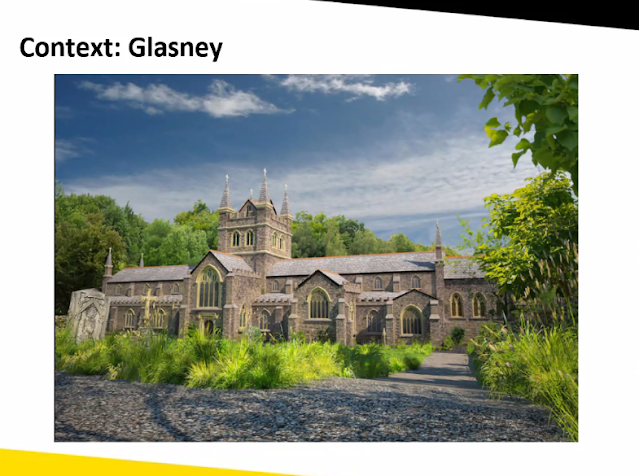 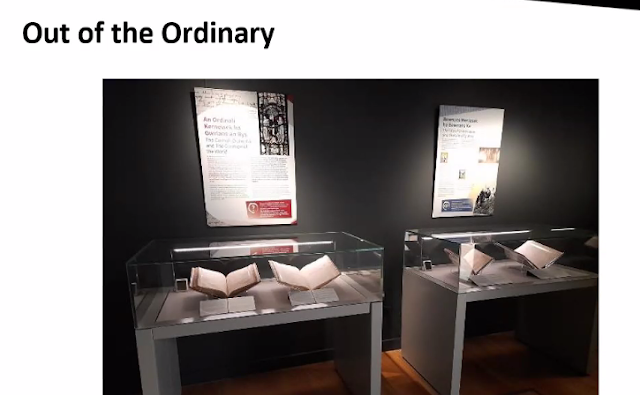 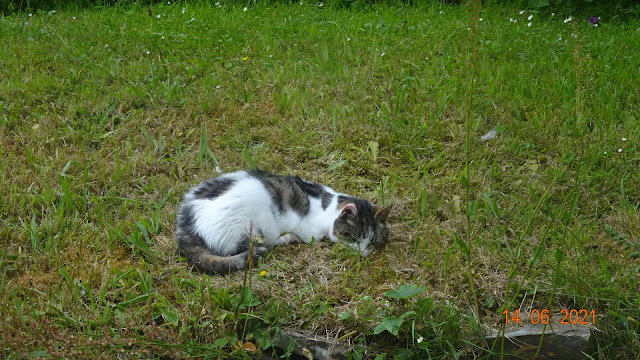 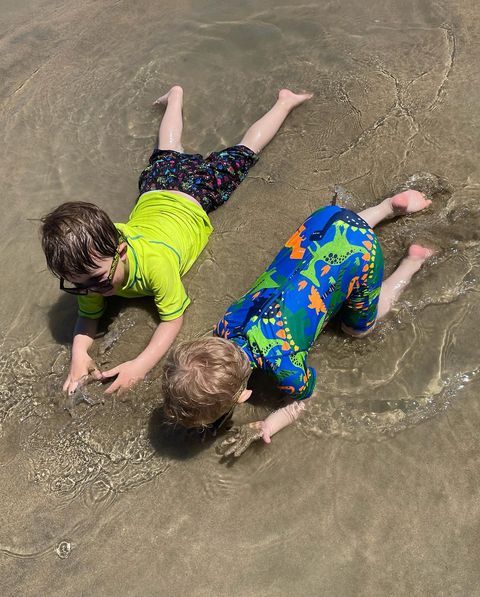 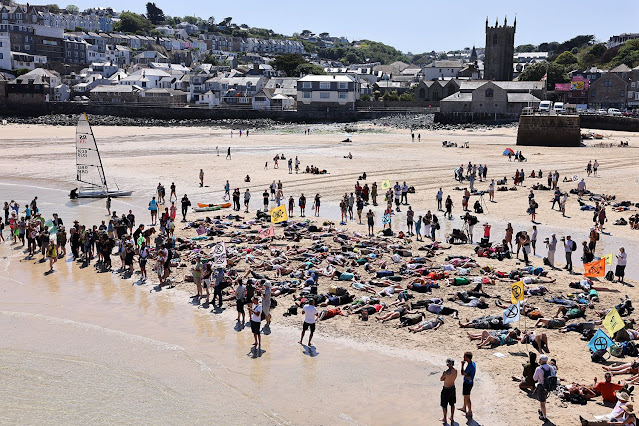 The cat is lying down in my garden. There's not enough sun today for sunbathing, but the weather isn't cold. On Saturday the weather was better, and two little boys liked lying down in a pool by the sea. They were not sunbathing. There were masses of people lying down on the beach in St Ives. They were not sunbathing either. They were protesting against the climate crisis. Fortunately, the tide was out. There were other demonstration banners by another beach, but there were several sun-worshippers too. Is this lion a sun-worshipper? Is he worried about the climate and ecological emergency? 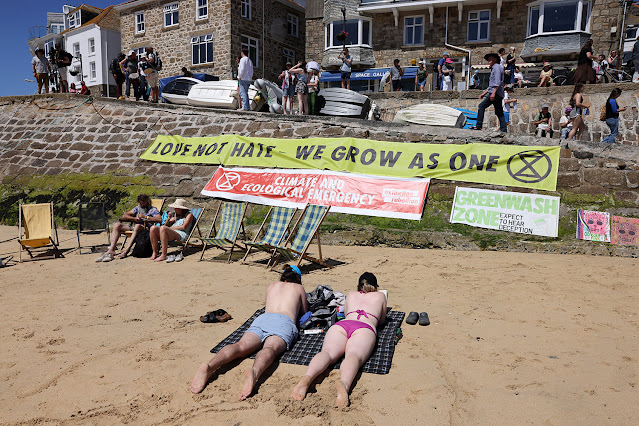 bush brâs a düs a lot of people, masses of people

trig ew the tide is out 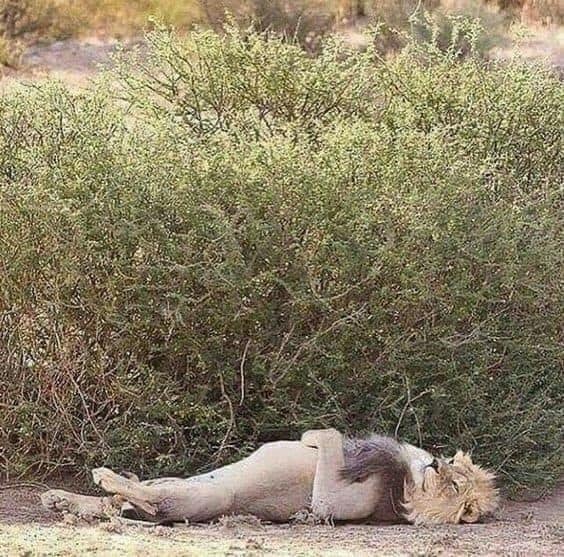